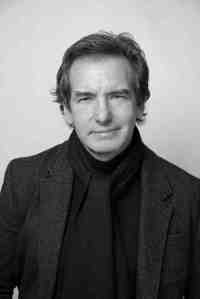 IRA FUCHS – AUTHOR, is a lifelong resident of New York City. He graduated with a BA in English from Queens College of CUNY in 1974. While in college he started writing plays that were staged at the original Playwrights Horizons, founded by Bob Moss in a YWCA on Eighth Avenue.

After graduating he spent 45 years as an entrepreneur working with computer technology from mainframes to microcomputers. He has consulted for and with companies such for AT&T and Microsoft. He is the author and publisher of  two books on Microsoft’s SharePoint platform.

In 2016 he returned to writing plays and enrolled in a six week play writing workshop at Hollins University where Bob Moss is a faculty member.  One assignment was to write a full length play, in three days, based on a news article published that day. In the NY Times was a story about the discovery of an escape tunnel in the Ponar death pits outside of Vilnius. He can be reached at irahfuchs@gmail.com. 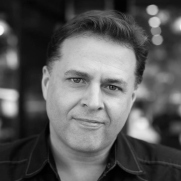 JOSEPH DISCHER  – DIRECTOR is honored to be a part of the development of Vilnius. The New York Times has called his work “devastatingly effective,” “enchanting,” “beautiful,” “sensitively directed,” “exceedingly enjoyable” and “joyously funny.” Most recently, he directed the off-Broadway world premiere of The Violin starring Robert LuPone at 59E59. Mr. Discher also directed the NYC premiere of Ben Butler at 59E59, as well as regional productions at Barrington Stage Company, Majestic Theater, and the world premiere at New Jersey Repertory Company.

Other directing credits include: One Man Two Guvnors (Florida Studio Theater). The Weir, Red, and As You Like It (Theatreworks), A Child’s Christmas in Wales, The Diary of Anne Frank, Wittenberg, Our Town, Henry IV: Part One, To Kill A Mockingbird, Arms and the Man, The Grapes of Wrath, The Tempest, Amadeus, The Play’s the Thing, Cymbeline, Galileo, Of Mice and Men, A Midwinter Night’s Dream, The Fantasticks, Twelfth Night, Scapin, Travels With My Aunt, Much Ado About Nothing, The Complete Works of William Shakespeare (abridged), and Romeo and Juliet (Shakespeare Theatre of NJ) Julius Caesar (The Shakespeare Festival of St. Louis). He is also working with playwright Jonathan Kravetz on his new play about gun violence, Ground Glass.

Mr. Discher is an associate artist at The Shakespeare Theatre of New Jersey, where he spent twenty years on staff as Associate Artistic Director and Casting Director. He is also a violinist, professional tenor and audiobook narrator. In his spare time, he is a professional coach for actors in NYC and NJ. He is a member of SDC and AEA and a graduate of Drew University. 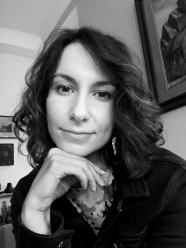 BRITTANY VASTA – SET DESIGNER is a Brooklyn based scenic designer for live performance. Growing up, she had the opportunity to live in many different places as the daughter of a US Army officer. This sort of nomadic lifestyle gave her a deep appreciation for the ephemeral and a lasting fascination for the way we carry stories from place to place; the way we share and shape space. She explored these interests by studying drawing, painting, psychology and theatre, ultimately earning her MFA in set design from New York University. Since then she has been freelance designing in NYC, regionally and internationally.
Some recent work includes: Happy Birthday Wanda June (The Duke); An Enemy of the People (Gene Frankel); DKDV (4TH St Theatre), Julius Caesar, Romeo & Juliet (Davenport); Sheila (A.R.T NY); Sehnsucht (JACK); Your Hair Looked Great (Abrons Arts Center); The Road to Damascus (59E59); My Purple Wig (Theatre Row); Lawnpeople (Cherry Lane); Welcome to Fear City, Sex with Strangers (KC Rep); My Name is Asher Lev (Portland Stage); Richard III (Shakespeare Theatre of NJ); From the Author Of (UDel Rep); The Shakuntala Project (New Delhi). Recent associate design: The Lifespan of a Fact (Bway, Studio 54); Fairview (Soho Rep). United Scenic Artists USA-829. MFA, NYU. brittanyvasta.com. 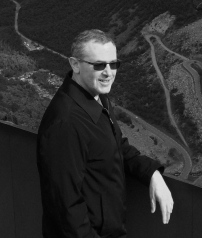 His awards include nominations and awards received in Boston, Connecticut and Santa Barbara, and company commendations with the Pearl Theatre Company (Drama Desk and Obies). He also received a CUNY Chancellor’s Honoree for Excellence award. Mr. Feiner has written on the relationship between consciousness studies, theatrical space and the arts, on which he has given several papers internationally, and published book chapters and conference anthologies. He teaches at Queens College, CUNY and served as department chair from 1999-2003.